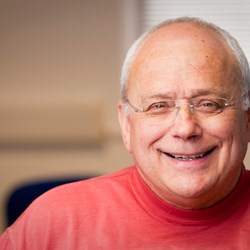 A teacher, a campaigner, a friend Richard was one of our founders and chair for 8 years. Ruils epitomised everything Richard stood for: Equality, Independence, Choice, Access for all. Richard was an active chair and really knew the Ruils projects and people inside out. He was the writer/editor of our newsletter, he loved to design fliers and leaflets, he was always researching and writing up new project ideas, he was even a model for our photo library. He could and would turn his hand to anything. He even became chief cheerleader supporting staff and volunteers who completed the 5km Rough Runner to raise money for Ruils in 2015. He had an incredible energy and determination. This really came to play in his Campaign Work. Whether it was waving placards demanding changes to services, sitting on advisory boards/committees/action groups, chairing Hustings, Richard loved to campaign. More than anything, he wanted society to change. He wanted society to stop disabling people. But equally he was frustrated by the way that some disabled people accepted the status quo. He wanted more people to get involved and to take a stand. But what truly made him different is that he saw the big picture. He understood the constraints that the local authority or government work under. He knew that not everything was possible. But he challenged people to think differently, to be creative. He was kind, thoughtful, funny, intelligent and his steadfast leadership has driven Ruils forward. 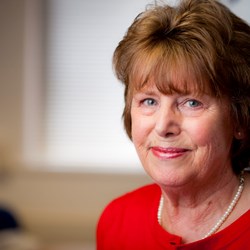 Elizabeth joined Ruils in March 2005, first as a volunteer and minutes secretary, later becoming a trustee. She served on several sub-committees making a huge contribution especially to personnel, quality management and governance. She is a strong supporter of direct payments as a means to independent living for disabled people having seen the impact it has had on her own family members. Elizabeth retired in January 2021, but remains a supporter and ambassador of Ruils. 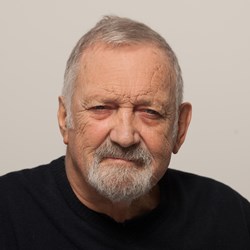 Bob was involved with Ruils from 2006 until 2020. He was an active board member serving on both the quality and personnel sub-committees for many years. He made a huge contribution to Ruils' campaign work and help to set up and run Your Say our community involvement group. With Paul Leonard Bob set up the Richmond Transport and Mobility Forum. This forum has grown from strength to strength and gives individuals the opportunity to bring their issues to the bus and rail companies and Richmond Council directly. Bob was a huge advocate for independent living. He retired in January 2020. 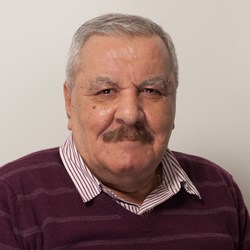 Jamal, a political refugee from Iraq, was forced to abandon his career of 24 years as a Senior Chemist (B.Sc), following a period of imprisonment and torture by the previous regime. His escape also ended his charitable work in his home city where he had served as a Trustee of an organisation that helped people on low-income to secure land that provided a measure of subsistence. Jamal was one of the early adopters of Direct Payments in Richmond and was involved with Ruils from the start. He played an active role in the office helping with book-keeping and was an active member of the finance sub-committee and Your Say. Jamal was always positive and encouraging. He retired in 2019. 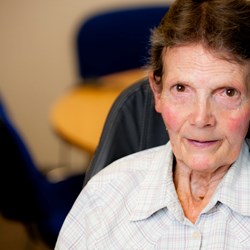 One of our founding members and a long term advocate for Direct Payments, Jean was born in Crail, Fife. She spent over 30 years working for disability organisations and the CAB. Jean has always managed a team of Personal Assistants and is fiercely independent. Her attention to detail, passion and commitment to making services work for disabled people has been a real asset to Ruils. Jean retired from Ruils in 2017, but remained connected to us and our work. She sadly passed away in 2020. 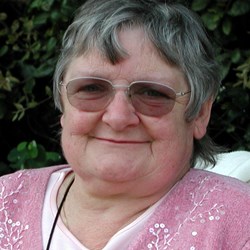 Margaret was an active member of Ruils and very much enjoyed visiting various groups representing the benefits of independent living and Direct Payments. She was very much the practical one, arranging catering and helping with the organising of our AGMs. Margaret’s real joy was entertaining, whether it be in her own home, organising events for the Thames Valley group of the Disabled Drivers Association and other local organisations. Tony (her husband) was always there backing her up (most of the time anyway) and doing the fetching and carrying. No one excelled like Margaret at being the convivial host – making sure that all were welcome and no one was left out. Her zest for life rubbed off onto others and certainly helped her get over the times she had to spend in hospital. She was a great listener (and talker) but was the first to help if anyone was in trouble. There will never be anyone to match her, she will always be remembered. 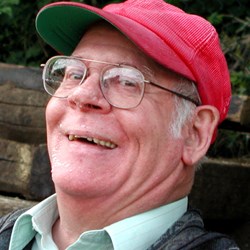 Alan was an ‘ever-present’. He grew up in the borough and was a life-long supporter of disabled people’s rights. He was a founder member of both Ruils and Richmond Aid and always put himself forward to serve on committees in order to articulate the views and expectations of people who, like himself, were disadvantaged by society’s prejudices and negative attitudes. Alan was one of the first people to get Direct Payments (DP) and, with a few others, worked from home to set up Ruils as the supporter, champion and representative of DP users. He managed with admirable efficiency a team of personal assistants that provided round-the-clock support and with his guidance and control he carved out a measure of personal independence that demonstrated the real benefits of DP. Under his chairmanship, Alan saw Ruils develop into a registered charity, capable of delivering services and giving other disabled people the opportunity to do voluntary work and gain work experience. The borough, and Ruils, lost someone who helped push the disabled movement forward by getting personally involved and demonstrating a dogged determination to promote independent living.